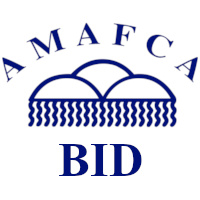 The eastern most 75 feet of RIGHT OF WAY PARCEL D of the Embudo Channel Drainage Right-Of-Way as the same is shown on the Plat of the A.M.A.F.C.A. NORTH DIVERSION CHANNEL EMBUDO CHANNEL DRAINAGE RIGHT-OF-WAY PHASE 3 RIGHT-OF-WAY- PARCELS A THRU D, said plat having been recorded in the Office of the County Clerk of Bernalillo County, New Mexico, on February 2, 1995, in Vol. 95C, folio 39, Document number 95011302, and containing 8900 square feet, more or less.

Bidders must complete and include the AMAFCA CAMPAIGN CONTRIBUTION DISCLOSURE FORM with their bid. Bids that do not include the completed form will be considered non-responsive.

October 3, 2021 Kevin Troutman News Comments Off on Bid for Lease of Real Property (Jefferson at the North Diversion Channel)