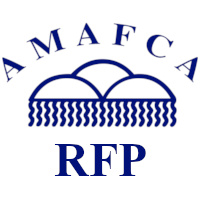 The Chief Procurement Officer (CPO) of the Albuquerque Metropolitan Arroyo Flood Control Authority (AMAFCA) seeks competitive sealed proposals for Professional Services for the Post Fire Sediment Risk Assessment for AMAFCA Dams along the Sandia Mountains. The complete Request for Proposals, including the Scope of Services, may be obtained by email at rfp@amafca.org.

Proposals shall be received in six (6) copies no later than 2:00 p.m., local time, on Thursday, August 13, 2020, at the AMAFCA office. Proposals shall be limited to eight (8) pages, excluding a cover letter, table of contents, New Mexico Resident Business Certificate, and the mandatory AMAFCA Campaign Contribution Disclosure Form, which is attached to and made a part of the Scope of Services. Failure to submit the complete AMAFCA Campaign Contribution Disclosure Form shall be cause to reject the proposal.